Captain Janeway Is An Incredible Leader 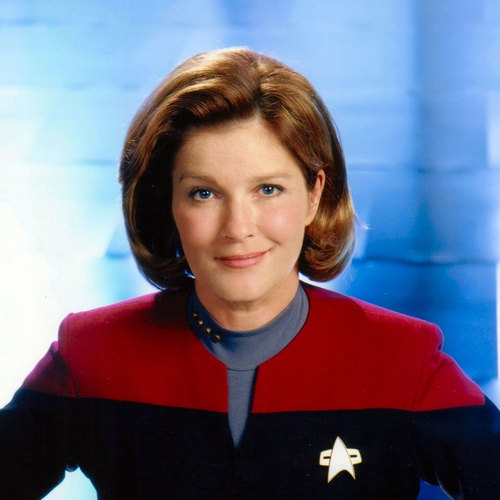 Captain Kathryn Janeway's leadership style in Star Trek Voyager was a perfect example of some of the best qualities a leader can have.

She never gave up on her crew, and she always put their needs first. She was intelligent, strong-willed, and compassionate. She also had an excellent sense of humor that helped to lighten tense situations during difficult times for the crew.

Captain Janeway is widely regarded as one of the most inspirational leaders in history because she showed us what it means to be human by balancing our emotions with logical thinking--something we could all learn from.

Janeway for the most part, was a very level headed individual; she never refused to listen to her crew and was always able to compromise. She never allowed anger or fear to cloud her judgement but instead relied on intelligence and experience, even when faced with opponents such as The Borg.

She also had one of the best senses of humor in Star Trek. She was able to keep up her sense of humor even during the most serious situations, which inspired many a laugh from both herself and her crew.

Janeway often used humor as a psychological weapon against enemies who were more easily defeated with words rather than actions because it threw them off guard.

When the Borg Queen made a remark about the incompetence of Janeway's crew, Janeway retorted by saying "I don't know. I've seen Captain Chakotay's file. I'm not impressed."

Janeway almost never allowed her personal views or emotions to cloud her thinking and judgement. She was able to stay level-headed under all circumstances and was able to always make the best choice, even if it meant making a choice that no one else wanted her to make.

Although she had some very personal motives for finding a way back to the Alpha Quadrant (mainly having to do with her deceased father), Janeway was still able to put aside those feelings when they became clouded with emotions.

If she had focused on her personal motives rather than the mission, Voyager probably would not have been nearly as successful in making it back to Earth.

One of Janeway's best qualities was that she was able to forgive when necessary. She never held mistakes or betrayals against people and remained cordial with them despite what they had done.

Janeway also forgave other members of her crew who disregarded the Prime Directive or her principles when they believed it was necessary to protect Voyager, such as Seven and Tuvok. Even after these members had been reprimanded by Janeway, she continued to have faith in their abilities.

In the end, Janeway saw everyone as "capable" and was able to take that potential and lead them all home.

That is what makes her one of the most beloved captains in Star Trek history.