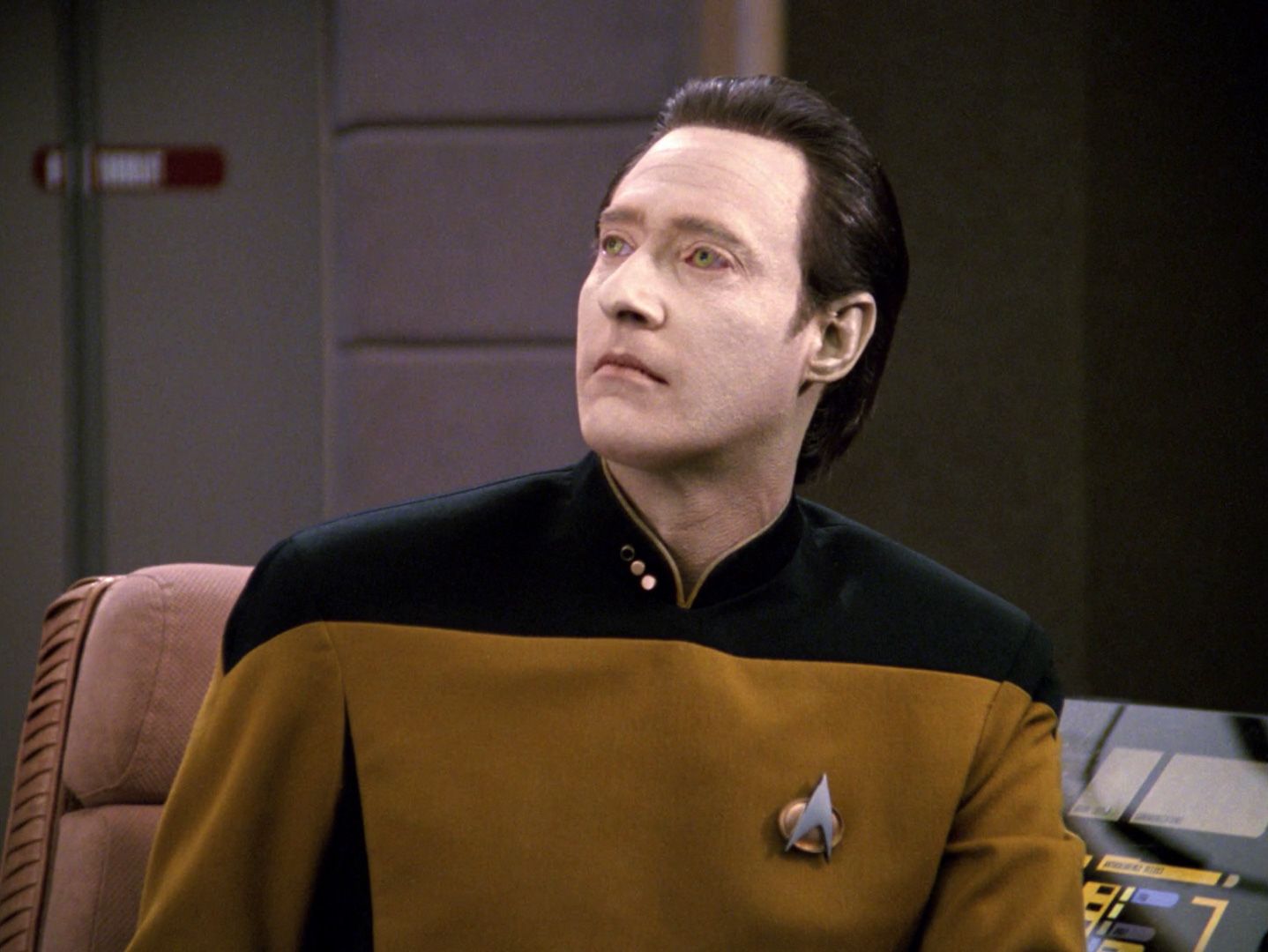 Lt. Commander Data is one of the most famous and beloved of all Star Trek characters. He has been in many episodes, as well as four movies. And yet he never speaks to anyone except for a few words here or there. Why? Because Data is neurodivergent - just like so many people in the world today!

Data was created with an innate curiosity about everything around him, but also at times his inability to understand social norms and expectations such as jokes, sarcasm and other forms of nonverbal communication that come easily to others. This can be very frustrating when it happens over and over again because even though Data knows something intellectually, he cannot always understand how to do it himself emotionally. His "sensory input" (sight, sound) may get overloaded and then he will become a bit disoriented and may even shut down. Often, when he runs into problems in social settings, it is because of this.

Data knows how to play soccer with his super-human strength and agility, but cannot always understand that the other players want to stop at some point and have a water break while he carries on playing the entire game. He simply does not understand that others may need a break from time to time and are not like him physically or able to do what he can do.

It gets even more confusing when Data sees people in uniform - such as police officers - and wants to know why they are wearing uniforms, who chose the color of their uniform, why do they have a badge, and all sorts of other trivial details. He does not understand that there are limits to his questions (although he does enjoy finding answers).

Data is physically capable of lifting several hundred pounds over his head, but cannot always understand why people get mad at him for using it since "it is merely the logical thing to do." Usually he does not intend any harm, but does not understand the concept of personal space. He sees no reason why someone should get upset at him for touching them when sometimes they have been in his personal space first. He wants to interact with people, but does not understand that others may want him to leave them alone or at least give them some type of respect by asking permission before sitting down next to someone on a couch/chair.

When Data is confused about the social norms, he can become completely consumed by it and fixated on it. He will remain fixated on something for hours, days or even weeks if he does not get some help with understanding this "quirk" in his makeup.

This can be a problem at work to the point of being disruptive and even dangerous if he is piloting a ship as he might become so focused on scanning anomalies to the exclusion of everything else that he may cause a disaster.

You may have co-workers and colleagues that have similar behaviors. Like Data, this doesn't mean they aren't good at what they do; in fact, like Data it can mean they are absolutely amazing at what they do. Their brains simply work differently than a person's that is neurotypical.

And they cannot always put themselves in the shoes of those neurotype-normative because it is difficult for them to understand that others don't think the way that they do.

This can all be very frustrating and confusing, but Data has found a way to capitalize on his differences rather than trying to hide them - and this is what we should encourage our friends, colleagues and co-workers to do as well. Embrace who they are what amazing gifts they have to offer the world.

Learn more about neurodivergence, and make neurodiversity an intentional aspect of your organizational diversity strategy. When people are able to bring their whole, true selves to the workplace, everyone benefits!