The Devil in the Dark is Ignorance 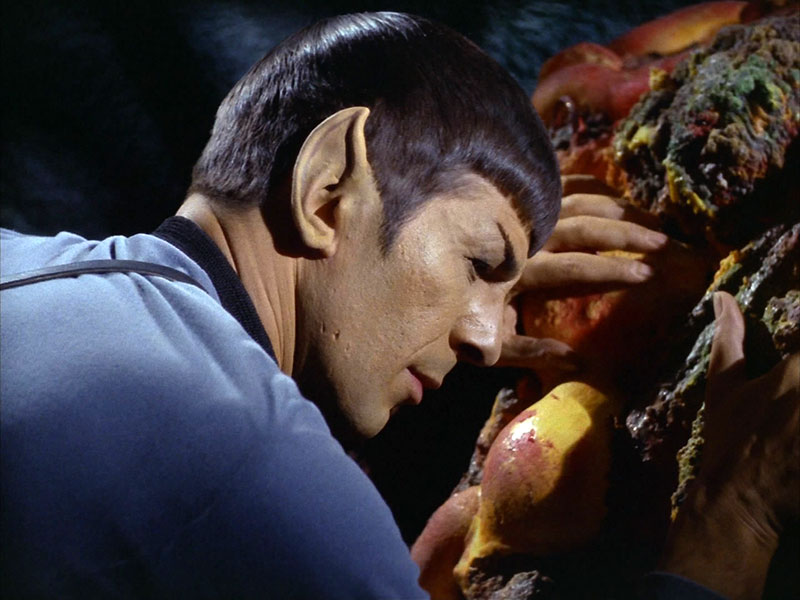 The ability to pivot is important for a quarterback, but it’s critical for a leader.  Do you know how to live into the spirit of the mission rather than just towing the party line?  Today we’re looking at a classic Star Trek episode - Season 1, Episode 26 of the Original Series: “The Devil in the Dark.”

One of the defining features of leadership is that it typically involves facing some sort of battle.  The scariest part is when you find out that the greatest enemy you were up against was actually your own ignorance.  That’s a little too much foreshadowing for this introduction, so let’s take a look at the episode!

This episode has a true horror movie vibe with a literal monster of the week.  There’s no question who the battle is against here.  The Enterprise arrives to Janus VI to meet with Chief Engineer Vanderberg, the administrator of a pergium mining facility. Kirk, Spock and McCoy learn about a “monster” that has been killing miners there. Vanderberg says they found astonishingly rich deposits of pergium and other minerals deeper on the planet. They started digging deeper and their machinery began to be destroyed, or sabotaged somehow. Shortly after that, miners were being killed. Most recently, the attacks started happening on the higher levels - the “monster” appeared to be on the offensive.

Time to investigate.  The great thing about Chief Engineer Vanderberg here is that he prioritizes the health and safety of his team! As a leader, the importance of this cannot be understated. Only in cases such as military, policing, firefighting, etc. do you have instances where the mission may “outweigh” the team’s physical well-being, but even then, as many measures as possible are taken to preserve life.

Chief Engineer Vanderberg strikes me as the type of guy who puts first things first.  Taking the time to invest in your people’s health and wellness is time well spent - you can’t underestimate the need for this.  It can be tough for leaders and employers to make time for employee enrichment - there’s typically a cost, or at least “lost productivity.”  But what many people don’t realize is the level of lost productivity that occurs when employees are entrenched in the personal baggage of life.

When do people make mistakes? When do people get themselves into trouble? More often than not, it’s when they have something outside of the workplace affecting them. Poor health, financial trouble, marital or family issues…the “baggage” we carry with us. If you, as a leader, can create initiatives and spaces at work for people to give attention to these issues, they are more likely to bring the quality you hired them for.  Promoting physical, mental, and emotional well-being makes it easier for people to bring their whole selves to the workplace.

But what happens when you don’t put the needs of your employees first, and you inappropriately elevate the mission while failing to see the bigger picture?  Unfortunately, we have an example of that leadership blind spot in this episode as well.

At the outset, Captain Kirk’s mission seemed pretty straightforward: kill the nasty monster that was killing people.  He was committed to carrying out that mission.  However, Spock discovers some pretty key information - this creature could potentially prove that silicon-based life might be possible.  You know, something that would change science forever.  This slingshots us back to our opening conversation about pivoting.  As a leader, significant new information should trigger a pivot.  Ask questions!

Changing conditions like this need, at a minimum, consideration. I mean, this is where being part of a chain-of-command really has its advantages! If I were in Kirk’s position, I’d be reaching out to whoever gave me this assignment to update them on what I’d learned, at the very least.  If Kirk carries out the specific orders in this mission, he will also be violating the core mission of the Enterprise to seek out new life.

When you realize you’re in a situation of conflicting missions, you must stop, think, and ask questions.  It’s not about submission to authority at this point.  It’s about dedication to the truth and a commitment to the good of all.

Kirk does realize that there is intelligence to this creature and makes his much-awaited pivot.  He and Spock decide that Spock will try a mind-meld to understand what the creature is thinking.  The creature begs them not to kill it, and Kirk calls in McCoy.

Here Kirk does something remarkable - he doesn’t just refer to McCoy’s job title and give him an order about how to do his job.  He refers to his calling, “He’s a healer. Let him heal,” and trusts him to do that however he sees fit.  He opens the door and lets him do his thing - he knows who he is, what he’s capable of, and what his job is.  Leadership is not the skill to perform all the roles; it’s the skill to empower others to carry out theirs.

After discovering the creature was wounded, the team unlocked more information.  Spock does another mind meld, and we find out that this “beast” was actually protecting its young; and the entire future of its species.  Wow, there would have been some pretty intense consequences here to judging a book by its cover.  And history tells us that misunderstandings like this can lead to racism, violence, even genocide - mind-boggling but true.

It’s a subtle point, but an important one.  Part of going “where no man has gone before” in leadership is a willingness to entertain the essential goodness of that which is “other” than yourself.  It all boils down to communication - saying what you mean and being heard and understood—patience, grace, and humility.

Our civilization has come a long way in this arena, from racial reconciliation efforts to environmental cooperation, but there is still a long way to go.  It is human nature to be suspicious of that which you don’t understand.  It is true intelligence to cross the chasm of understanding and find unity.