The (Perceived) Power of Titles 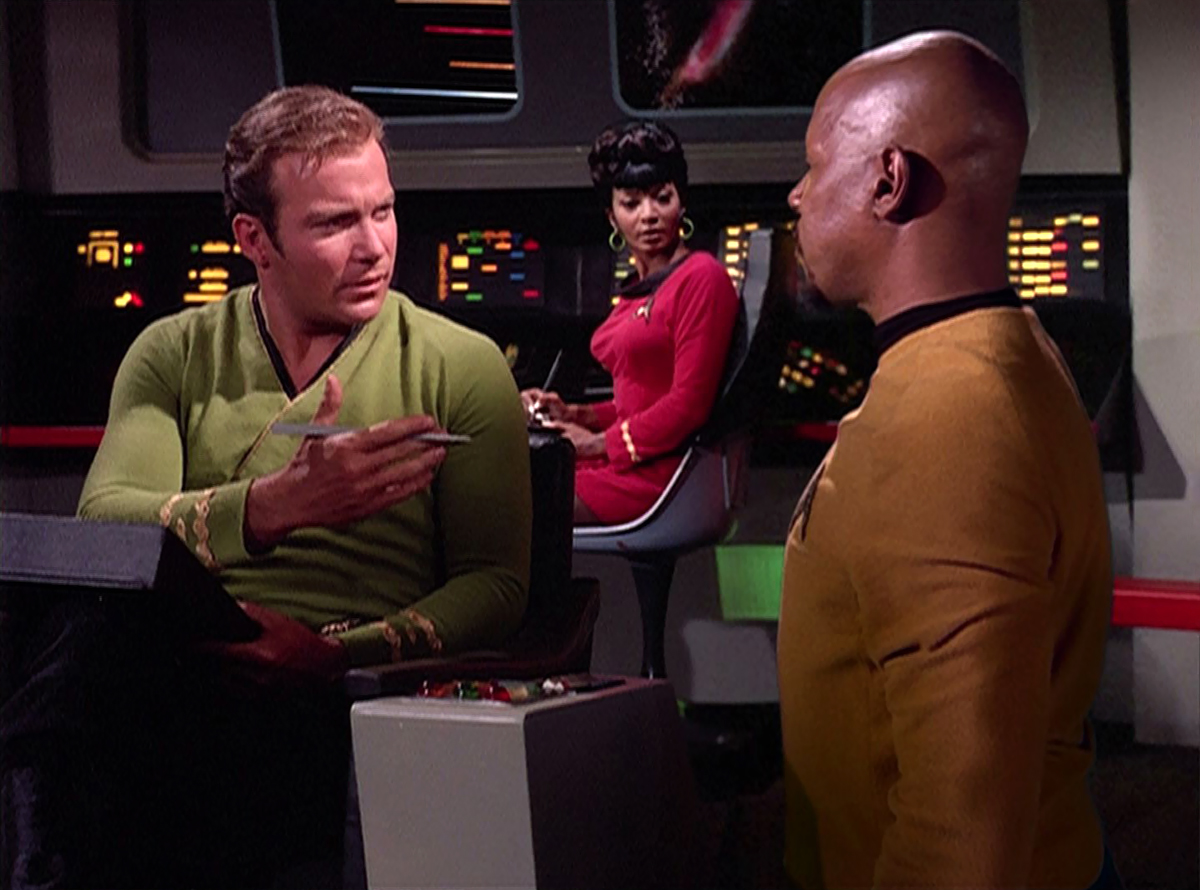 I am so excited to be bringing this episode to the blog today! It is one of my all-time favorites because it is basically perfect. Star Trek Deep Space 9, Trials and Tribble-ations is fun, light-hearted, and nostalgic but not aggressively so. It was DS9’s way of marking and celebrating Star Trek’s 30th anniversary. It is also a great excuse to talk about job titles and conflict of interest and how these two realities impact the workplace. I think you'll be surprised where I land on one of them. So let’s get started.

You’re likely familiar with the famous quote from Shakespeare’s Romeo and Juliet: “What’s in a name? That which we call a rose by any other name would smell as sweet.” The idea here is that a rose (or person) is what it is. Its inherent value or traits are true regardless of what they are called. Sounds nice. Do you agree? I think we think we agree, or maybe we want to agree, but in reality, we are greatly influenced by what a thing (or person) is called. Allow me to illustrate. Imagine a day in the office. You and your staff are working away. Can you hear the buzz of the office? Keyboards tapping, mouses clicking, people talking... Put yourself in that moment. Now imagine one of your desktop support techs comes into the workspace. They’re going to fix an issue on somebody’s computer. What changed in the environment when they walked in? Did people stop working to see what was going on? Did it get a little quieter? Or was everything still pretty much the same?

Now clear your head. Go back to your office before the tech walked in. You’re surrounded by the buzz of productivity. It’s beautiful. Then the Chief Technology Officer walks in. Does the environment change? You bet it does. That change is how titles impact us. Who knows? Maybe the CTO is helping cover shifts because they’re super backed up at the service desk. Doesn’t matter. People are wired to react to the title.  When the Star Trek crew are suiting up in borrowed 23rd-century gear, after going back in time, Bashir comments on the rank on Sisko’s uniform, “Lieutenant, actually.” Light years in the future and they're still wrestling with the impact of titles.

I get it. I actually have a pretty decent title. One that I, and many others, have worked a long time to earn. And there are times when it feels like people are interacting with me only based on my title and not on who I am as a person. But I honestly just see myself as an employee. I’m no better, no more important than anyone I work with.Society and the workplace have conditioned us to believe titles are everything. But I want to be a part of changing this. I’ve said it before, and I’ll say it again, job titles really don’t matter. I want to help people recognize that we all just have job duties and our titles are simply meant to define and differentiate our duties. They do NOT make us more or less important than anyone else. Sisko, dressed as a lieutenant, is just as effective a leader as he is with Captain’s pips. And he’s just as effective with those as he was with Commander’s pips too! A leader is a leader. Let the fruits of your leadership define you professionally, not your job title.

I’ve recently become very interested in the concept of a flat org chart, or a self-managed team. This is where no one reports to anyone. Instead, everyone has their individual job duties and they hold each other accountable to the goals and mission of the organization. Period. No hierarchy. In this paradigm, titles only matter to help define and differentiate your duties. Maybe a rose really could be a rose by any other name. Does this style of personal leadership appeal to you? What do you think the benefits could be? What about the downfalls?

Shifting to later in the episode, when the Klingon cruiser first arrives, Dax wants to head to the station and Sisko cuts her off. She’s excited she might see Koloth! “I might run into them.” Exactly. Sisko recognizes the countless ways this could go south. He recognizes the conflict of interest Dax has here. Conflict of Interest. If you work in HR, you are very familiar with this term. If you’re a manager, you’ve probably seen it on some forms HR has sent you. Regardless of your familiarity with the term, it is something you should always be aware of and on the lookout for. A conflict of interest exists when there is the potential for a clash between personal and professional interests. Merriam-Webster defines it as, “a conflict between the private interests and the official responsibilities of a person in a position of trust.” This can be a situation where someone could gain personally from a professional decision or using a position of power to grant favors or benefits to friends.

In the situation with Dax, her conflict arises because of her personal relationship with Koloth. If they were to run into each other and he recognized her it could, at best, jeopardize the mission and, at worst, shatter the timeline causing massive destruction at a quantum level You run into situations like this too. Maybe one of your staff gets a loan application from their sister, or your old college buddy is the procurement officer at a big company you’re trying to sell into, or you have a family member applying for a job that reports to you. The examples are endless. But here’s why they matter to you and why I’m bringing them up. When there is a conflict of interest, and you don’t do something about it, bad things can happen. It’s that simple. Sisko giving the assignment to Bashir and O’Brien instead of Dax wasn’t a reflection on her, it was good business!

The way to manage these conflicts is to create an environment where your team is comfortable bringing them to you and you are smart enough to do something about them! If they didn’t have a trusting relationship, Dax could have been offended by Sisko. But she knows Sisko has the mission at the front of his mind and he’s not going to put that at risk. She might not like it, but she understands it. Does your team know your mission and do they believe you are wholly committed to it? If not, start building that clarity so that when you have to act on a conflict of interest, your team is ready to trust you. This goes for you as well. If a conflict comes up, tell your boss or HR. Then, when you get pulled off an assignment or have a task reassigned because of the conflict of interest you declared, be cool with it! No one is trying to slight you or take anything away from you. They’re protecting you and help ensure a successful mission

I am very interested in this concept of a flat org chart. Have any of you experienced this? Share what you know with all of us! We have a great Facebook group. Join today and tell us your thoughts on the concept. I may share some of that discussion in a future blog. And share your stories about this episode! Did you see it when it came out? Do you think it still holds up? Is it one of your favorites too? Let me know! I’m on Twitter: @SFLApodcast and you can follow me on all the socials @jefftakin.