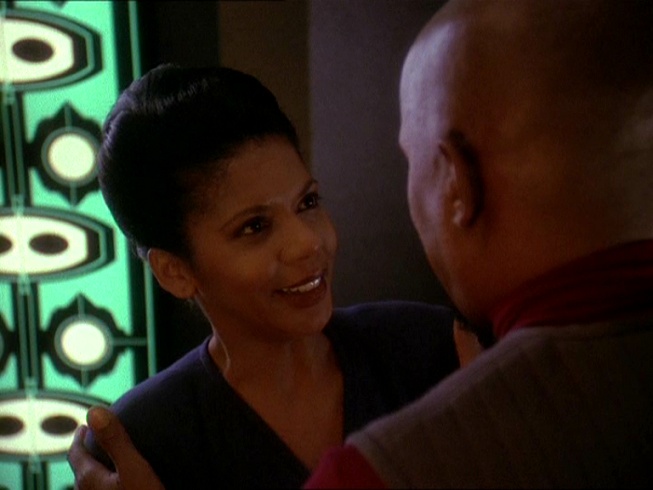 Star Trek Deep Space 9: For the Cause

Leadership is no joke. It’s fraught with risks, sacrifices, and seemingly impossible dilemmas.
In the 22nd episode of the 4th season of DS9, we see some of our heroes stepping into uncharted leadership waters and doing things many of us would never be brave enough to do. This episode is one of my favorites - in fact, I watched it twice in preparation for this blog. That’s how committed I am!
Today we’ll be examining three great costs of leadership. We’ll see how our Star Trek leaders navigated these challenges and discuss how we can mitigate damage in our own lives when we face them ourselves.
Leadership is humbling.
In this episode, Captain Sisko, commander of Deep Space 9, faces perhaps one of the toughest challenges of leadership imaginable: scrutinizing someone he cares about deeply for the sake of the cause.
Odo, the head of station security, brings forth suspicions that Sisko’s love interest, Kasidy Yates, may be aiding and abetting the enemy. This is pretty horrifying information to anyone, let alone someone in power. Do I even really know this person? Are they really someone I can trust? To most, the natural human inclination would be to defend the person you love. You don’t want to believe that person is capable of dastardly things. And you also don’t want to believe that you could be so fooled. It’s a terrible feeling.
There’s a loyalty reality at play here, and it can be difficult to separate emotion from reason. Sisko is no exception. But in this situation, the stakes are high. Thankfully, he has another faithful partner to talk him down. Odo reassures him: these are simply suspicions, nothing more. A simple inspection of Kasidy’s ship will confirm or deny her involvement. It’s routine, and it’s necessary.
Sisko does one of the bravest things imaginable: he listens. He hears his team, calms down, and makes the unbiased decision to allow them to do their jobs. Wow.
This is an excellent show of humility on Sisko’s part. You can make it or break it as a leader by your ability to listen to your team. One of the greatest leadership pitfalls is pride. It can be all-consuming, particularly when you have an image to maintain. Many keep an aggressive know-it-all stance in order to save face. However, a humble leader is one who really has the power to transform the lives of others. Humility means you’re genuine, and it means you’re in the trenches with your team. Authenticity comes through - people can spot a fake.
Leadership is painful.
There’s a reason why many people avoid leadership positions like the plague. Well, actually there are many reasons. One of them is that leaders often have to make heartbreaking calls. It’s much easier to serve on the sidelines and not have to bear the weight of a heavy decision on your shoulders. Every day, leaders in various sectors around the world have to decide who goes to jail, who receives academic advantages over others, who gets promoted - in some cases, even who lives or dies.
Sisko demonstrates a harsh reality for us, not just as leaders, but as human beings. Our own worst enemies are ourselves. “We have met the enemy, and he is us.” Sisko’s self-talk starts to spin him out of control, weaving a story of worst-case scenarios that aren’t really grounded in reality. That’s what pain can do to a person. Pain often begets more pain.
Leaning on colleagues and friends is one of the best ways to alleviate some of the pain of this responsibility. The thoughts of others can “interrupt” some of the internal spiraling. Get a mentor that you can trust, so you have someone to run things by when those incredibly heavy decisions weigh on your shoulders. Have someone you can vent to. You may quickly find that your struggles, which feel so unique, are actually common to other leaders. Finding that commonality helps to ease some of the pain of responsibility.
Leadership is lonely.
This should have been phrased “leadership can be lonely” - but it doesn’t have to be. Unfortunately, many leaders choose the lonely route.
In this episode, Sisko has a colleague who sees the difficulty that is weighing on him. She also happens to be his oldest friend. Dax recognizes the difficult position Sisko is in and offers her support and friendship. In the best case scenario, Sisko is going to have to arrest his partner. Sisko turns down this offer and unfortunately decides to go it alone. This is the biggest mistake we see him make in this episode. Alienation and isolation will make the already tough challenges of leadership even more difficult to bear.
Leaders often believe they need to maintain a facade of strength in order to earn the respect of their team. Though strength is an important leadership quality, so many leaders often miss the chance to be vulnerable with their team. They mistakenly believe that
These three costs of leadership don’t have to be so costly if we are willing to consider their benefits and fight our pride in the midst of them. It is unfortunate that we so often choose to be our own worst enemy. True leaders embrace humility, and in so doing, they experience great internal freedom.

Twitter: https://twitter.com/SFLApodcast
https://twitter.com/jefftakin
Instagram: https://www.instagram.com/jefftakin/
Facebook: https://www.facebook.com/jefftakin/
YouTube: https://www.youtube.com/channel/UCebdT7xtm2237q0f857BBuw
Find and follow Starfleet Leadership Academy on all your favorite podcast streaming platforms!
Got friends who are fans of Star Trek or interested in topics on leadership? Don't forget to share the podcast!
Support the Starfleet Leadership Academy Podcast: https://patreon.comm/sfla
This post contains affiliate links. I may receive a commission for purchases made through these links but it won't cost you any more.